Your body’s immune system is a remarkable machine designed to protect you from harmful threats that may arise from outside or inside your own body. Overall, the immune system generates an inflammatory response that can be specific to a certain area (think infection) or a generalized area (think fever), and targets the threat with various defense cells. (17)

Although our immune system always strives to rid us of foreign invaders, what makes people sick is a combination of environmental exposure and their level of resilience. Although you can’t always control exposure, you can make dietary choices that give your disease-fighting cells some serious support.

Many people don’t realize just how significantly our diet can influence our immunity. The following 20 science-backed foods provide various benefits to immune health.

The berries and flowers of elderberries, from the plant species Sambucus nigra, are fully loaded with immune-bolstering anti-oxidants and vitamins. Elderberry, a strong anti-viral, is particularly effective at fighting upper respiratory infections. (35)

Not all chocolate is equally healthy. Milk and white chocolate, for example, have relatively few, if any immunity perks. The darker the chocolate, the greater the health benefits. Dark chocolate contains much higher levels of flavonoids, anti-oxidants that protect our cells from damage and inflammation. (3)

Dark chocolate contains high levels of flavonoids, antioxidants that protect our cells from damage and inflammation.

Did you know?
A recent pilot study found that among participants who ate one dark chocolate bar every day for a week, the chocolate boosted immune-supportive white blood cells and activated certain pathways involved in cellular immune response. (3)

This golden yellow, bitter spice is a key component in curry dishes and has been used for centuries in Ayurvedic medicine to address a range of inflammatory conditions, such as allergies, diabetes, and ulcers.

Studies have shown that curcumin, the primary active compound in turmeric, may modulate the immune system by activating certain immune cells and targeting proinflammatory cytokines. These effects may contribute to the benefits of curcumin seen in certain immune-related conditions, including allergy, asthma, and arthritis. (18)

The star components of fatty fish—omega-3 fatty acids— have long been appreciated for lowering the risk of coronary disease, heart failure, and death from heart disease. (24) The specific omega-3s eicosapentaenoic acid (EPA) and docosahexaenoic acid (DHA) exert many of their health benefits thanks to their anti-inflammatory properties. For example, EPA and DHA from oily fish have been found to reduce levels of pro-inflammatory omega-6 fatty acids involved in rheumatoid arthritis (RA). (23)

Wild salmon or smaller fish such as anchovies, herring, and sardines are high in omega-3s, while flaxseed, walnuts, and chia seeds provide certain plant-based omega-3s, which are converted to small amounts of EPA and DHA in the body. (24)

Ginger is widely consumed worldwide. It has been used for thousands of years in folk medicine, Traditional Chinese Medicine, and Ayurveda. A pungent spice for both savory and sweet dishes, ginger boasts strong anti-inflammatory and anti-oxidant effects, the cornerstones of a healthy immune system. Research has shown that ginger may inhibit certain inflammatory conditions such as arthritis, and other immune-related conditions, including allergies, asthma, and colds. (22) 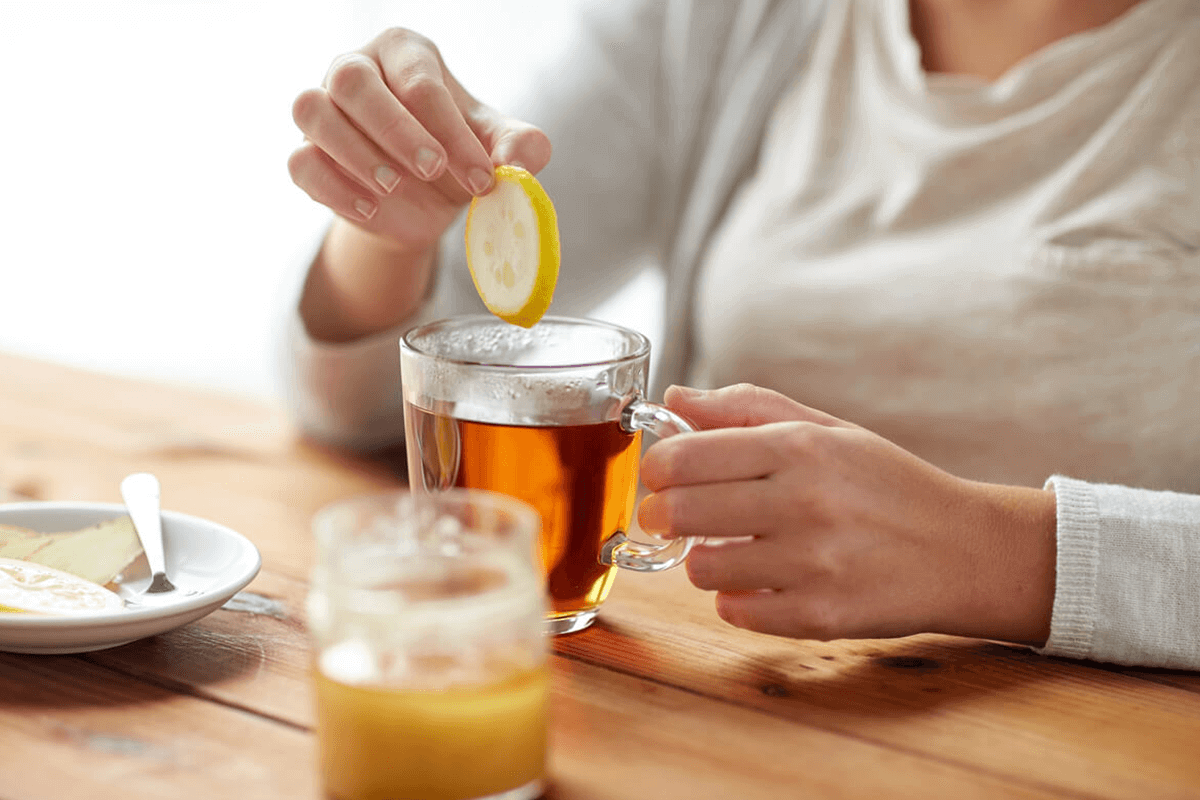 Ginger has strong anti-inflammatory and antioxidant effects that are crucial for a healthy immune system.

Garlic is the edible bulb from a plant in the lily family, traditionally used for many health reasons by people the world over. Garlic’s immune-boosting properties come from a high concentration of sulfur-containing compounds, such as allicin. These compounds have been found to significantly reduce inflammation and protect against certain bacteria, such as Helicobacter pylori. (1)

Cruciferous vegetables, also known as Brassica vegetables, include cabbage, collards, broccoli, Brussels sprouts, kale, and mustard greens, among others. Similar to garlic, these plants provide sulfur-containing compounds, as well as vitamins, minerals, fiber, and phytonutrients. Research suggests that cruciferous vegetables may support immune health by reducing the risk of certain cancers, such as gastric and prostate cancers, as well as by exerting anti-microbial activity, which may protect against gastrointestinal infections. (32)

Some studies have found that cooking brassicas reduce their levels of certain nutrients, such as carotenoids, vitamin C, and polyphenols. Try to consume these veggies raw, steamed, or lightly cooked. (32) 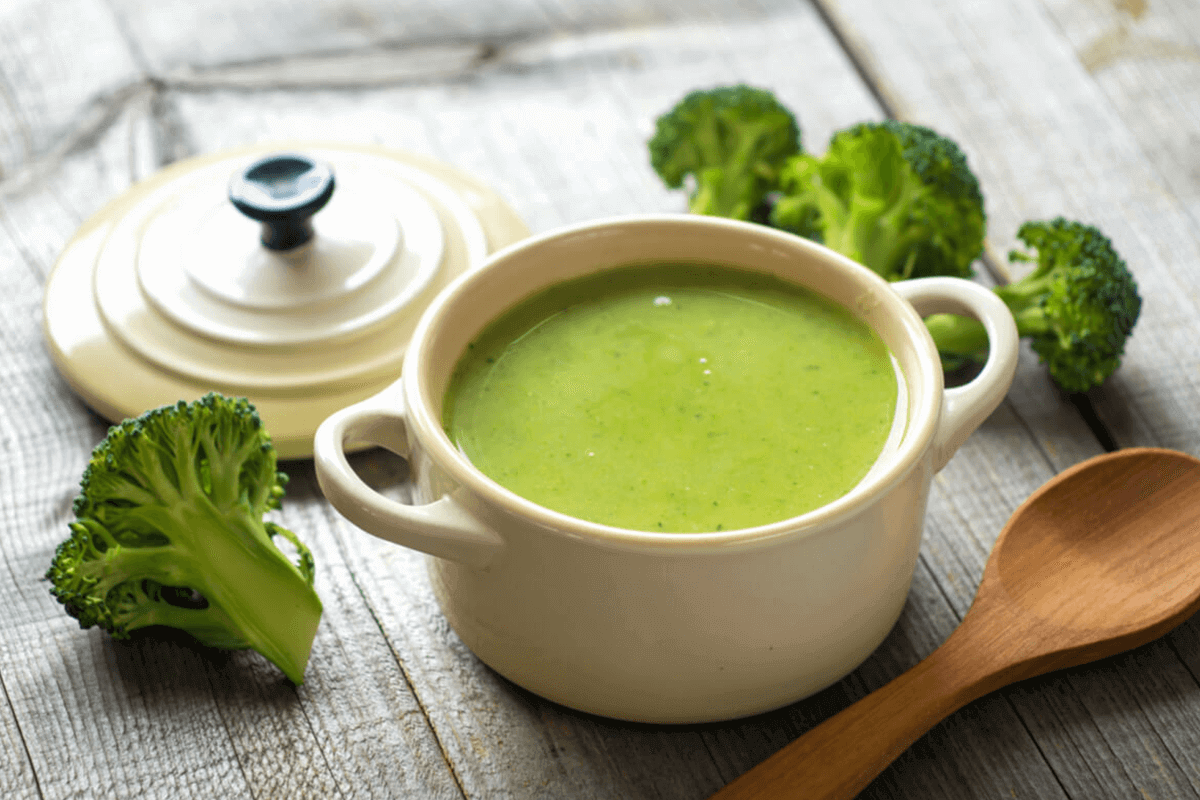 Kale, spinach, and broccoli are top choices for fighting off colds and the flu.

Matcha, produced when young green tea leaves are steamed and then ground into a fine bright-green powder, has a lush, almost sweet, vegetal flavor. Green tea supports the immune system by providing antioxidants that protect against free radicals and oxidative damage. (7)

Whereas both green and black teas are packed with anti-oxidants called flavonoids, matcha provides an abundance of a specific type of flavonoid called catechins. A study at the University of Colorado at Colorado Springs shows that catchetin concentration in matcha is 137 times greater than the amount found in China Green Tips green tea and roughly three times higher than most green teas. (34)

Probiotics are friendly microorganisms, including certain bacteria and yeast, thought to play a direct role in immune function. Probiotics are found in foods such as yogurt and kefir, a fermented beverage that can be made from dairy or non-dairy liquids, including sweetened water. The probiotics in kefir may alter the gastrointestinal microbiota by increasing beneficial microbes and reducing certain species of pathogenic microbes. (5)

A plethora of studies suggests regular consumption of dairy kefir can help with fighting gut-disruptive bacteria. (5) Plain, unsweetened kefir is a better choice than flavored varieties, which come loaded with sugar. If desired, you can flavor unsweetened kefir yourself by adding fruit or natural sweeteners such as honey.

Apple skins contain the flavonoid quercetin, a pigment that can help regulate the immune system and allergic reactions. Quercetin, also found in berries, grapes, broccoli, and tea, is known to decrease inflammation and demonstrates anti-allergic activity. (20)

In a study that examined the food consumption of children living on the island of Crete, researchers found that children who ate apples, along with other fresh produce, as part of their core diet had greater protection against both allergies and asthma. (8)

Most people instinctively turn to citrus fruits if they feel a cold coming on, whether it’s hot water with lemon, orange juice, or slices of fresh grapefruit. Citrus is rich in vitamin C, an anti-oxidant and immune-supportive nutrient. (26) When consumed in high amounts, vitamin C may decrease the severity and duration of the common cold. (6) Citrus is also high in phenolic compounds and terpenes, which exhibit anti-cancer and anti-inflammatory effects. (9) 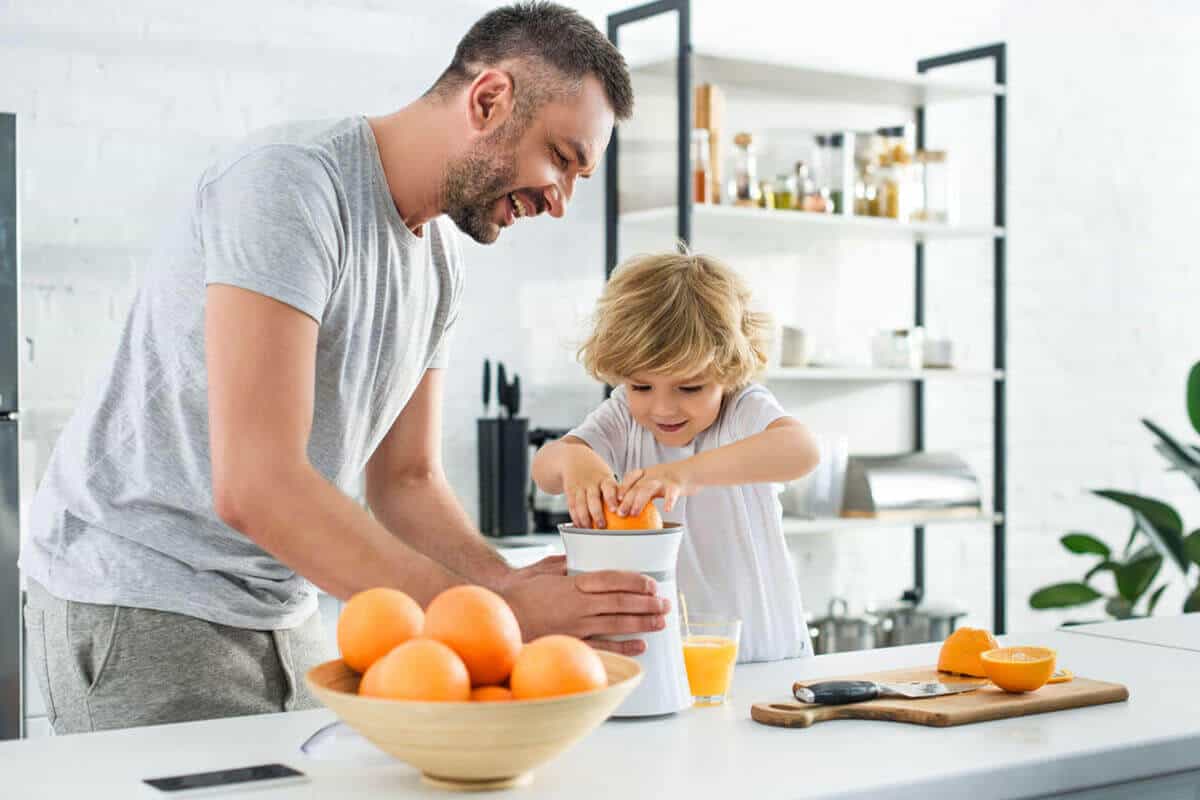 Cranberries, a seasonal superfood, are crammed with nutrients linked to a lower risk of cardiovascular diseases, diabetes, neurodegenerative conditions, and urinary tract infections. (28) Cranberries contain high levels of anti-oxidant proanthocyanidins (PACs), which can prevent certain types of bacteria from adhering to the urinary tract walls and causing infections. (16)

A culinary herb and medicinal plant with a flavor similar to licorice, fennel is a lesser-known immune-boosting herb but is worth adding to your staple of home remedies. Fennel boasts high amounts of fiber, vitamins, and minerals including calcium, potassium, and phosphorus.

Research has shown that fennel has anti-microbial and anti-viral activity. The literature also suggests that fennel has the potential to protect against infections and various gastrointestinal conditions. (2)

The botanical herb sage, which can be made into tea, has been used for centuries as a traditional herbal remedy for sore throats, coughs, and colds. (12) One study found that drinking sage tea twice a day for four weeks improved participants’ lipid profile (the blood levels of cholesterol and fats) and anti-oxidant reserves, both key markers of a robust immune system. (31)

Did you know?
Free radical damage and oxidative stress have been associated with weakened immune function. Sage contains various anti-oxidant compounds which protect against this damage, including rosmarinic acid and carnosic acid. (15)

Shiitake, one of the most popular culinary and medicinal mushrooms, contain specific polysaccharides which have shown anti-viral activity. Further, in one study, participants who consumed either 5 or 10 g of mushrooms daily for a month had improved immune markers and reduced inflammation. (13)

Nuts are among the best sources of vitamin E, a fat soluble anti-oxidant involved in immune function. (27) Vitamin E has immunomodulatory effects which include stimulating the activity of natural killer (NK) cells, white blood cells involved in the innate immune response. The vitamin may reduce the risk of certain infections, including respiratory infections. (19)

Furthermore, vitamin E deficiency may result in an impaired immune response. Ensure you are getting enough vitamin E in your diet by consuming nuts, including almonds and hazelnuts, and other vitamin E-rich foods regularly. (27)

Whole oats contain beta-glucans, compounds that increase the activity of immune cells such as macrophages, natural killer cells, and neutrophils. Several animal studies show that beta-glucan enhances the immune system’s ability to ward off a wide range of pathogens such as bacteria, viruses, fungi, and parasites. (14)(30) However, clinical trials are needed to establish the effect of oat beta-glucans in humans. (14)

To glean the most benefit from oats, consume them in their whole grain form, such as whole grain groats, thick oats, and steel-cut oats. The whole grain provides immune-supportive nutrients including selenium, zinc, and vitamin E. (29) 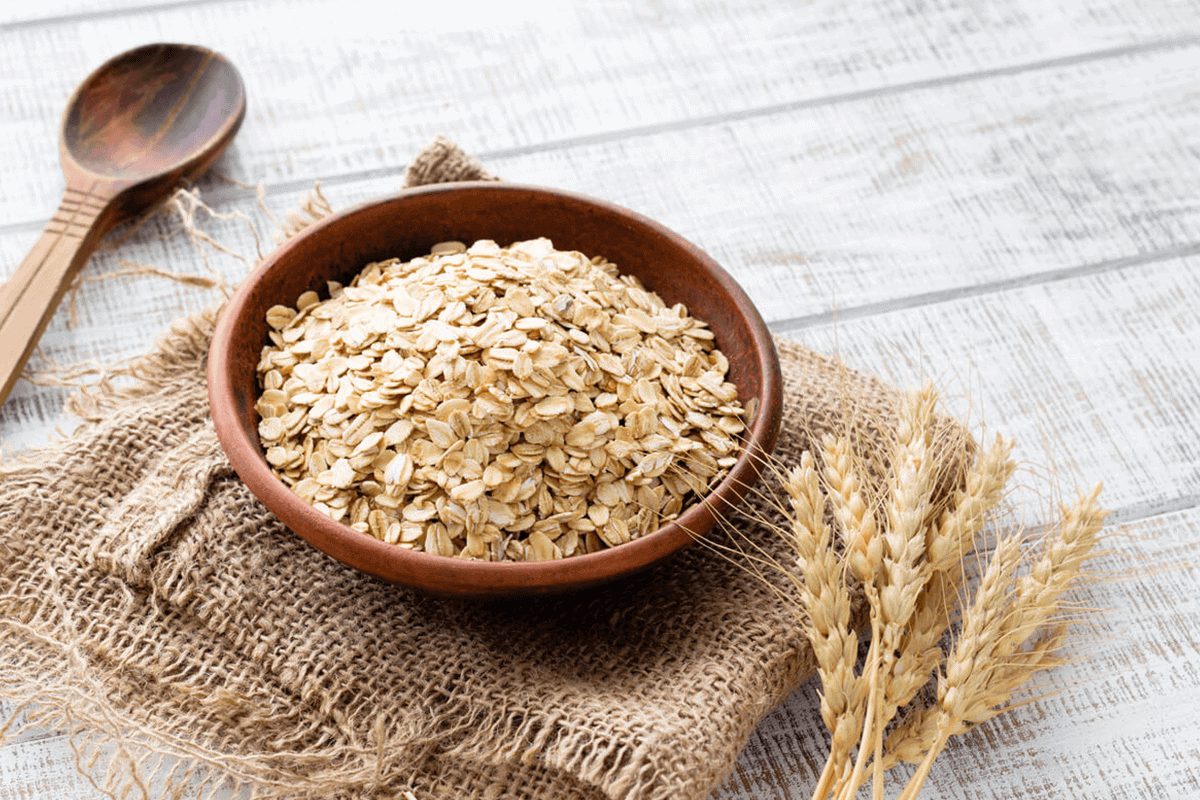 Oats are a great source of selenium and zinc, two key ingredients for a hardy immune system.

This tasty oil, a core component of the Mediterranean diet, contains oleocanthal, a phenolic compound that has anti-inflammatory properties comparable to ibuprofen, a nonsteroidal anti-inflammatory medication. (21) Two or three tablespoons of extra-virgin olive oil each day, drizzled on salads, vegetables, or grains, does wonders for immune health. When possible, choose extra-virgin olive oil, which has a high concentration of anti-oxidants, including vitamin E and phenolic compounds. (10)

A study that compared the effects of daily consumption of olive oil to soybean, corn, and butter mixture found a significant increase in virus-busting white blood cells amongst participants who consumed olive oil. (21)

Beans, a staple protein source in many parts of the world, are also high in soluble fiber, which is fermented in the gut by microbiota. Certain soluble fibers act as prebiotics, which may support gastrointestinal health and immune health in various ways, including reducing symptoms of inflammatory bowel disease and reducing the risk and duration of infectious diarrhea. (33)

Beans also have an abundance of folate, (25) a B vitamin required for the production and regular cell cycle of certain immune cells. (11)

A wide variety of diverse foods, especially fruits and vegetables, can have a huge impact on your immune system’s resilience. Foods may support immune function in various ways, including regulating inflammation, increasing resilience against infections, and by exhibiting anti-microbial and anti-cancer effects. To reap the most benefits, try to regularly incorporate a variety of the top immune boosting foods listed above.